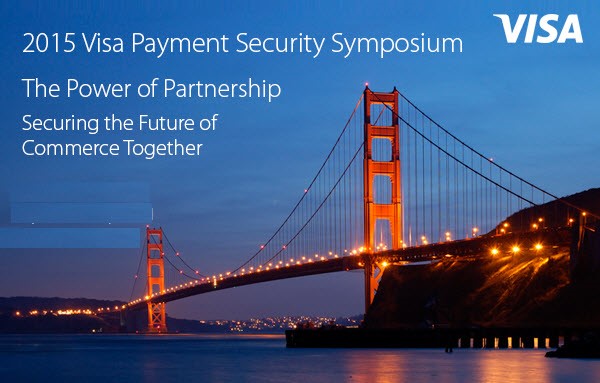 Last week I attended the 2015 Visa Payment Security Symposium held in San Francisco, which is where Visa has its headquarters. The intent of the Symposium was to provide an update on the progress of the EMV liability shift that becomes effective October 1, 2015 and how that will impact retailers. Here are some of the key metrics presented:

Takeaway: Card companies have been doing a good job swapping out existing non-chip credit/debit cards with new Smart Cards with embedded computer chips, but US merchants/retailers are struggling to upgrade their in-store systems to become EMV ready.

How U.S. Adoption Compares to Other Markets

Several speakers tried to compare the pace of adoption of EMV in the U.S. to other countries that have mandated EMV processing solution.

Takeaway: Based on historical experience in other countries, we should not expect a ‘big bang’ on October 1st. While some types of merchants will be targeted (electronics and bikes) most non-EMV merchants will not see much of a difference right after October 1st.

The Bad Guys Will Drive Adoption of EMV Chip and Pin

Chester Richie, a senior executive at WorldPay, pointed out that the fraudsters will find the weakest link in the payments value chain to exploit. As EMV Chip and Pin rolls out, criminals will recognize which retailers will not have chip and pin and exploit that weakness. This will help increase the rate of adoption. As an example, following adoption of ‘chip and pin’ in Canada, card fraud began dropping in Canada as criminals shifted focus to lesser protected U.S. retailers. Chester Richie pointed out that the same thing happened in Europe. While large retailers have the resources to upgrade their ERP/retail management systems, smaller retailers with POS systems will be challenged to protect themselves.

Processors Are Holding Up Adoption

Adoption is being led by the large retailers that have dedicated IT staffs (Walmart, Home Depot and Target) while smaller merchants with integrated POS-payment solutions are lagging.

There were several reasons for this:

Takeaway: Given the factors above, integration between POS and EMV for most retailers will be 2016, not 2015.

EMV is OK, but Encryption is Great

Takeaway: Encrypting card data at the swipe is a great compliment to EMV.

What We are Doing at MicroBiz POS

MicroBiz POS is offering EMV-compatible integrated processing using a variety of terminals from Ingenico, Pax and Dejavoo through a payment middleware fabric. Our middleware fabric and supported terminals enable us to connect with virtually all majors U.S. and Canadian payment processors. Our EMV solution supports ApplePay and other mobile wallets and also offers end-to-end encryption.